The world today needs fairness more than equality. Although the words equality and fairness are often used interchangeably, they have slightly varied meanings. While equality is treating everyone the same, fairness is giving everyone what they would need to be successful.

Everyone has their own strengths and weaknesses. 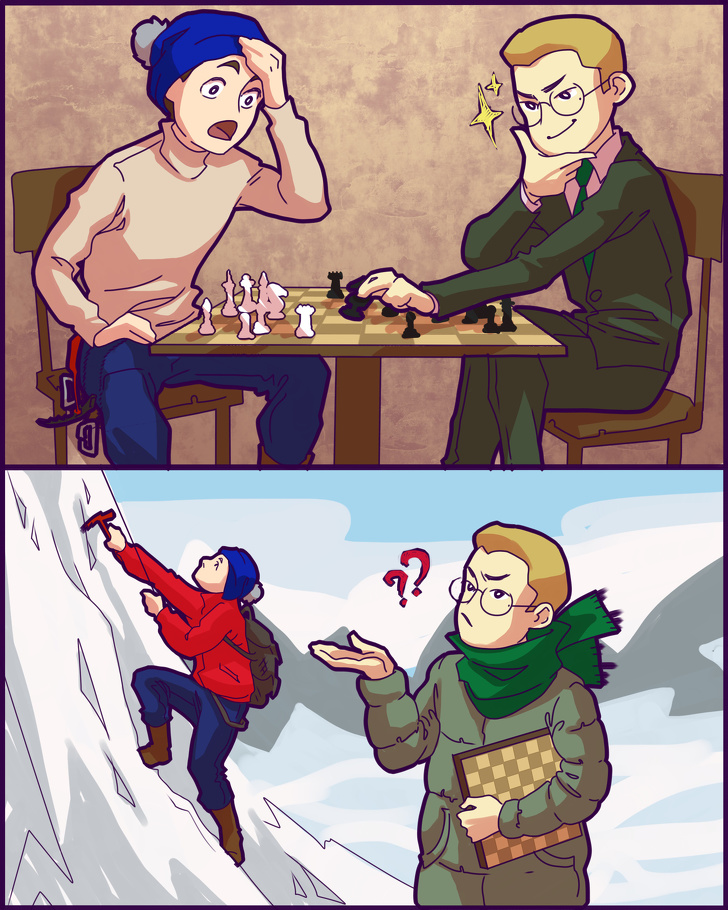 Making a chess grandmaster compete with an alpinist in a mountain climbing competition might seem to be an equal opportunity contest since the mountain, and the hardships it presents, remains the same for both the contestants. But in reality, the contest is not fair. While the alpinist will have an advantage in competitions testing physical endurance, the grandmaster will have an upper hand when the grey matter is put to the test.

Treating people fairly is more important than treating them equally. In a society that is inherently not equal, providing equal opportunities to everyone isn’t the same as doing justice for everyone. The strong and the weak should be supported as it befits their capabilities, for example, the needs of a sick person will be different from those of a healthy person. Treating everyone equal can be construed as being unfair. This concept was supported by Karl Marx, who said, “from each according to his ability, to each according to his need” and argued that this implies that people require “different things in different proportions in order to flourish.”

Equality cannot be achieved even in a utopian society. 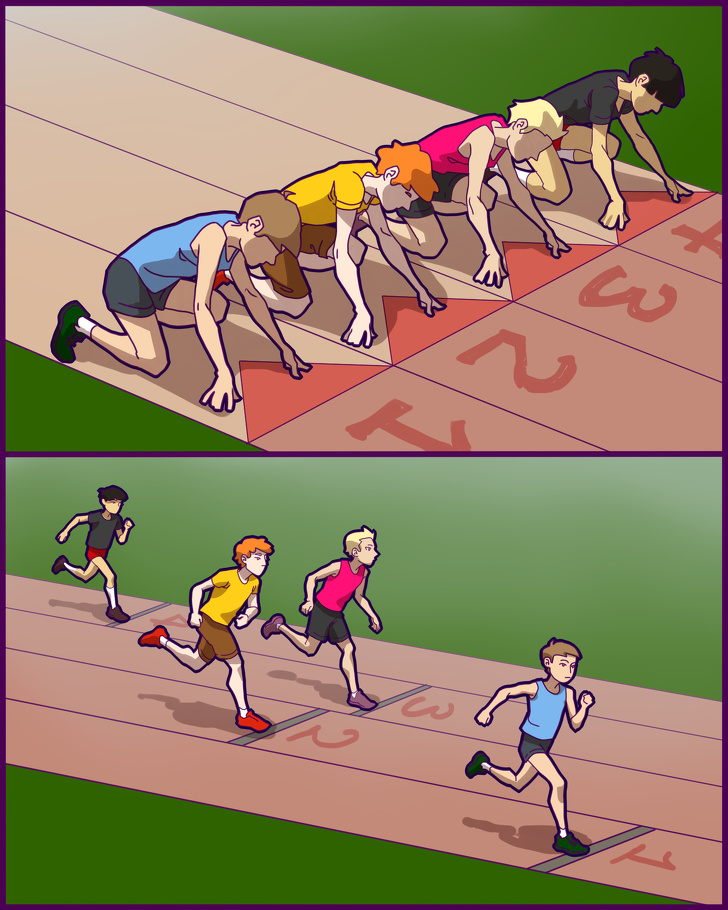 A utopia for everyone, no matter how wonderful an idea, is simply not possible to create. It’s not because it is impossible to provide an equal start, but because providing an equal start does not guarantee an equal outcome at the end. On the other hand, forcibly trying to make everyone equal is bound to sow discontent in a society.

Professors Lise Bourdeau-Lepage and Jean-Marie Huriot are of the opinion that a utopian society cannot achieve social justice. They feel that the rules that would accompany the creation of Utopia will, in fact, block the way to achieving justice and fairness. 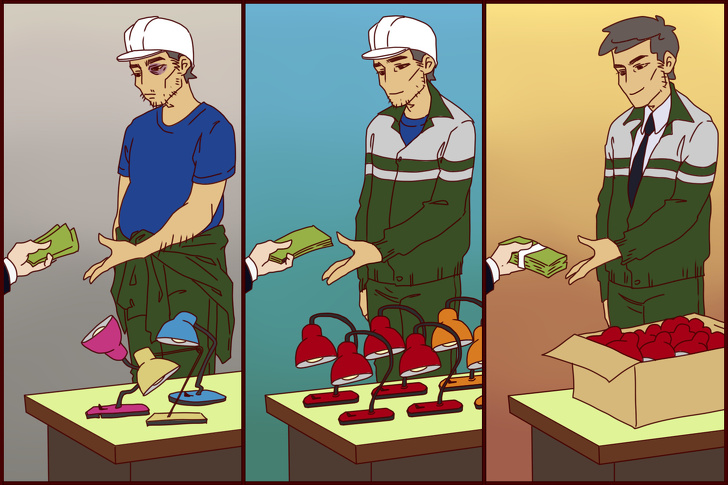 Take the example of a lamp assembly factory. Treating everyone equal would mean that every worker is paid equally irrespective of the number or quality of lamps they produce. This would also imply that a worker cannot be fired for manufacturing too few lamps that are of an acceptable quality. If this system were to be in place, workers will lose interest in work, because there would be no appreciation for their labor. This system can be contrasted with a payment system which will pay the workers based upon the quality and quantity of their work.

Mark Sheshkin, a cognitive scientist at Yale University points out that although slogans for equality dominate social media and protests around the nation, most people actually appreciate a bit of inequality. As Sheshkin puts it, “we should aspire to fair inequality, not unfair equality.”

People are fine with inequality as long as it is fair. Psychologists Alex Shaw and Kristina Olson performed an experiment to test this hypothesis. They assembled a group of children between the ages of 6 and 8. They were told about 2 boys, Dan and Mark, who had cleaned up their room. As a reward, Dan and Mark were to be given erasers. The children were given 5 erasers, so an even split was impossible. The children overwhelmingly supported the throwing away of the fifth eraser, rather than having an unequal division. They did so even when they were told that Dan or Mark would not know how many erasers the other got.

It might seem that these responses reflect a burning desire for equality, but more likely they reflect a wish for fairness. It is only because the children assumed that Dan and Mark put in equal effort to clean the room. And so when Shaw and Olson told the children that Dan worked harder than Mark, they were quite comfortable giving 3 to Dan and 2 to Mark. In other words, they were fine with inequality, so long as it was fair.

Do you agree that fairness is more important than equality? Express your opinion in the comments below.